What is Edge Computing?

Edge computing is a computing model in which information is processed in an IoT(Internet of Things)  device connected to the Internet such as a user’s smartphone, or servers are distributed and processed in a network in an area close to the user.

Gartner, a US research firm, defines edge computing as “a solution that facilitates data processing at or near the source of data.”

With the spread of IoT, more devices have been connect through networks, and data has been digitized, collected, stored, and processed. The amount of various types of data, such as unstructured data and video data, is increasing rapidly.

When these collected data are transfer to a cloud service on the other side of the network, stored and processed, network delays and failures also occur. In other words, there may be cases where the required processing such as real-time performance and high reliability cannot be satisfy.

Therefore, while collecting, accumulating and processing data centered on cloud services, if rapid real-time data processing is required, edge computing is use for processing. This will lead to flexible resource allocation and cost reduction by reducing communication volume.

Compared to cloud computing, which processes data after sending it to an aggregated server, edge computing processes it in a terminal device that collects data and an area close to the communication path from there, thereby performing load distribution and traffic. There are also merits such as traffic optimization such as elimination of congestion.

In the case of cloud computing that aggregates servers, if a cloud service goes down due to some kind of failure, there is a risk of losing significant business opportunities. If the company stores the data in the target cloud service, the data cannot be access until the cloud service is, restore.

On the other hand, in the case of edge computing, since it is processed on the edge side in the area close to the terminal device that collects data, it is sustainable such as operating on the edge side for a certain period of time without being affected by the failure of the cloud service. There is also the merit of being able to secure. If you are building an edge-computing environment in a factory or building, it will be a BCP (Business Continuity Plan) measure in combination with cloud services.

There is also a merit in terms of security. In the case of cloud services, since sensitive data such as corporate personal information is intensively accumulate in the cloud service, there is a risk of data misuse such as data leakage due to an attack from the outside.

In the case of edge computing, when collecting and processing data on the local device on the edge side, data processing can be perform safely without transferring the data to the cloud service side, so it is possible to reduce the risk of leakage etc. it can.

The European Union’s enforcement of the EU’s General Data Protection Regulation (GDPR) on May 25, 2018 may also be a factor in accelerating edge computing. It may also be tightening legislation such as data localization aimed at protecting personal data, which must keep data on domestic servers.

There will be an increasing number of cases where personal data is collected, accumulated, and processed on the edge side instead of being deposite in a cloud service. In other words, edge computing has four main merits:

What is the size of the edge computing market?

According to the “Global Edge Computing Market” released in November 2017 by US research firm Markets and Markets, the global edge computing market will grow from $ 1.47 billion in 2017 to 67 in 2022. Rapid growth is expect to reach the $ 120 million market. Behind the growth are factors such as the expansion of real-time applications and the increased processing load of cloud infrastructure.

Why edge computing is so popular?

The background to the attention of edge computing is that the use of real-time applications that require low-latency communication is expanding as the amount of digital data increases enormously with the spread of IoT.

For example, in the case of machine control of a production line in a factory, a response in milliseconds is required. Therefore, it is necessary to process at the edge in the factory, not at the cloud service.

In addition, connected cars and self-driving cars require real-time processing of various data such as video data, driving data, and dynamic maps generated from automobiles. Utilization of edge computing is indispensable for these processes.

Furthermore, the sophistication / miniaturization of devices and the power consumption / cost reduction are also contributing factors to the spread of edge computing. In addition to sensors for data collection, CPUs (central processing units) and GPUs (image processing semiconductors) for data processing are installed, and devices capable of high-speed machine learning, image processing, and data storage have also appeared.

As introduced in this article, 5G, which is schedule to be provide after 2020, is attracting attention as a next-generation mobile communication system that supports “edge computing.”

5G features “ultra-high speed and large capacity” with a maximum transmission speed of 10 Gbps, “multi-connection” that enables the number of connected devices of 1 million units / km2, and “ultra-low delay” with a delay of about 1 millisecond. It is a next-generation mobile communication system with. 5G, which has the features of “ultra-high speed, large capacity,” “multi-connection,” and “ultra-low latency,” has a very high affinity with edge computing.

Mobile operators are planning to deploy a base of “Mobile Edge Computing (MEC)” that can reduce processing on the terminal side such as smartphones with low latency by arranging servers near mobile phone base stations. , This MEC may also boost the spread of edge computing.

In addition, as mentioned above, the tightening of laws and regulations related to data protection such as GDPR is progressing, and the flow of data localization such as holding confidential data in the base instead of cloud services is also the reason for choosing edge computing. 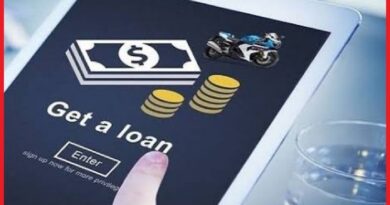 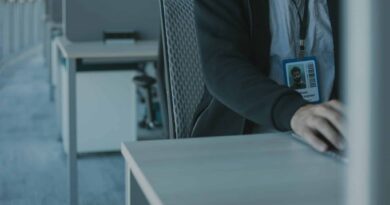 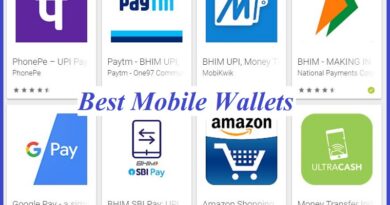